After our New York trip, we took a 6.5 hour flight to San Francisco. 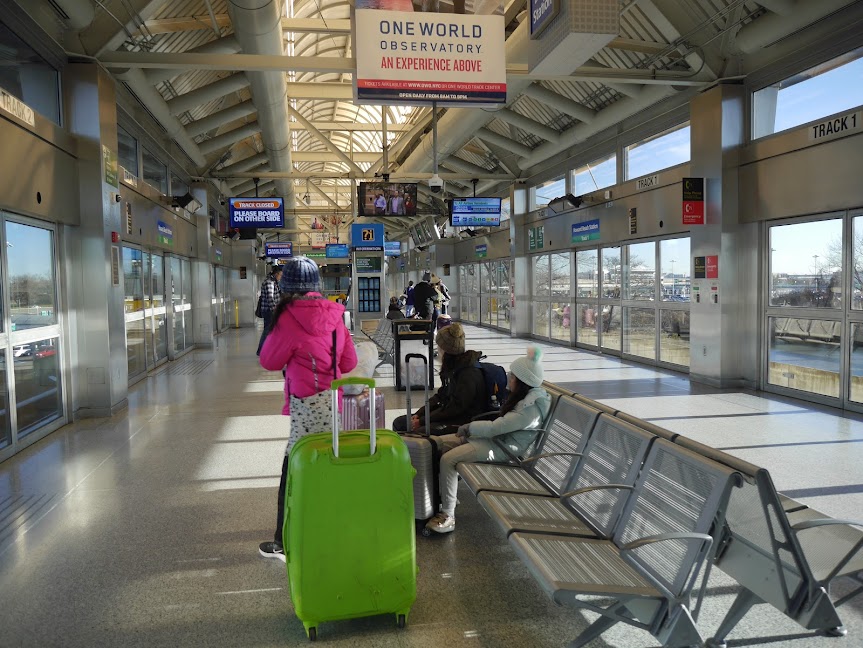 San Francisco, in northern California, is a hilly city on the tip of a peninsula surrounded by the Pacific Ocean and San Francisco Bay. It’s known for its year-round fog, iconic Golden Gate Bridge, cable cars and colorful Victorian houses.

Our first impression of San Francisco was its cleaniness. The tram was really clean and a big contrast to NYC in which it was not crowded. 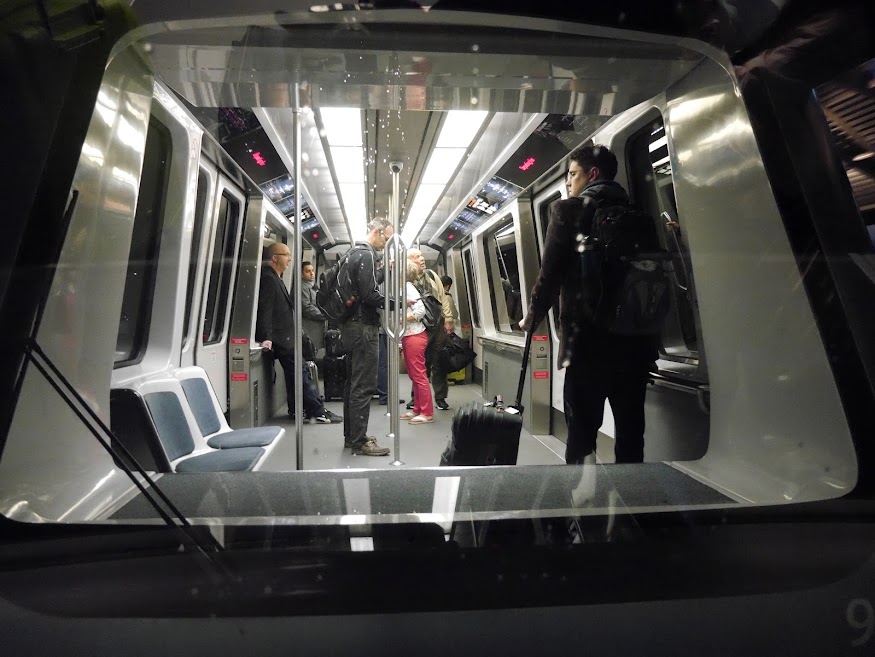 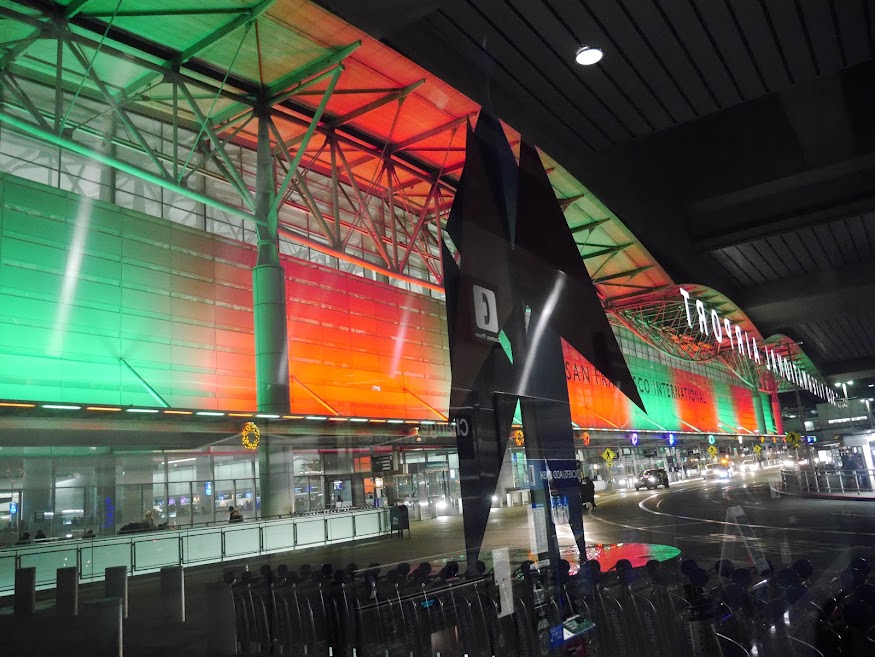 Thanks to our friends staying in California, we were recommended to take the BART train to Powell Street. 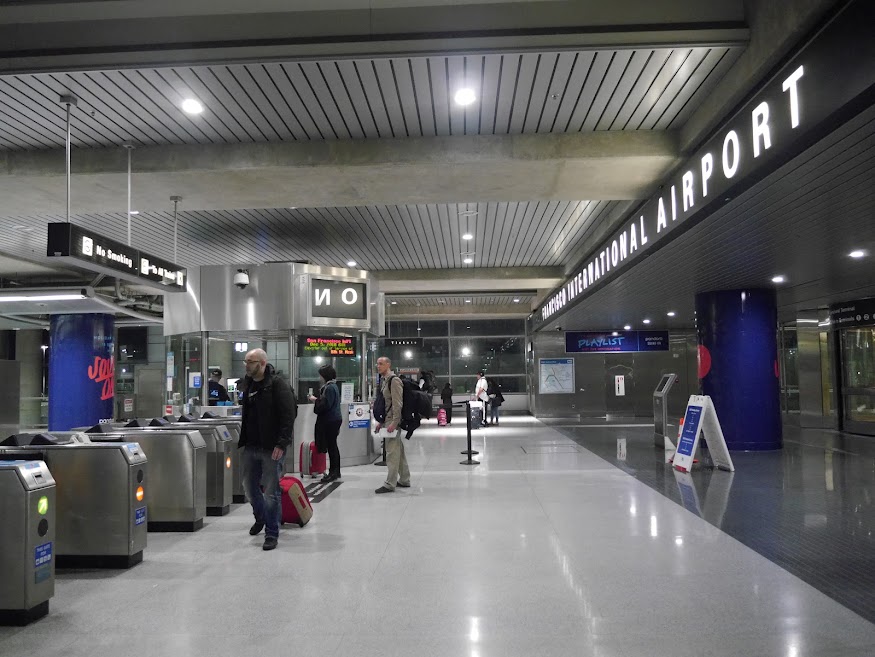 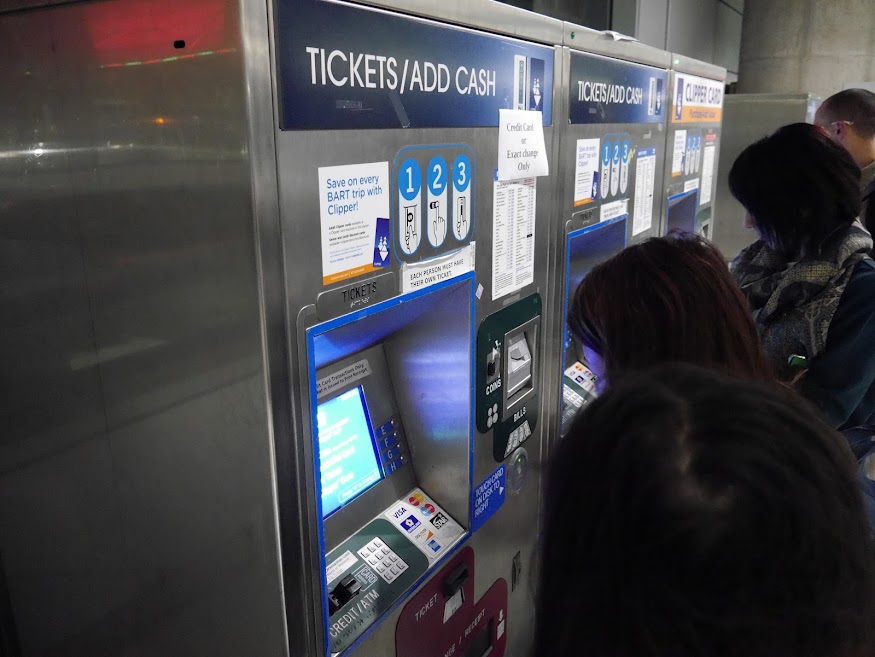 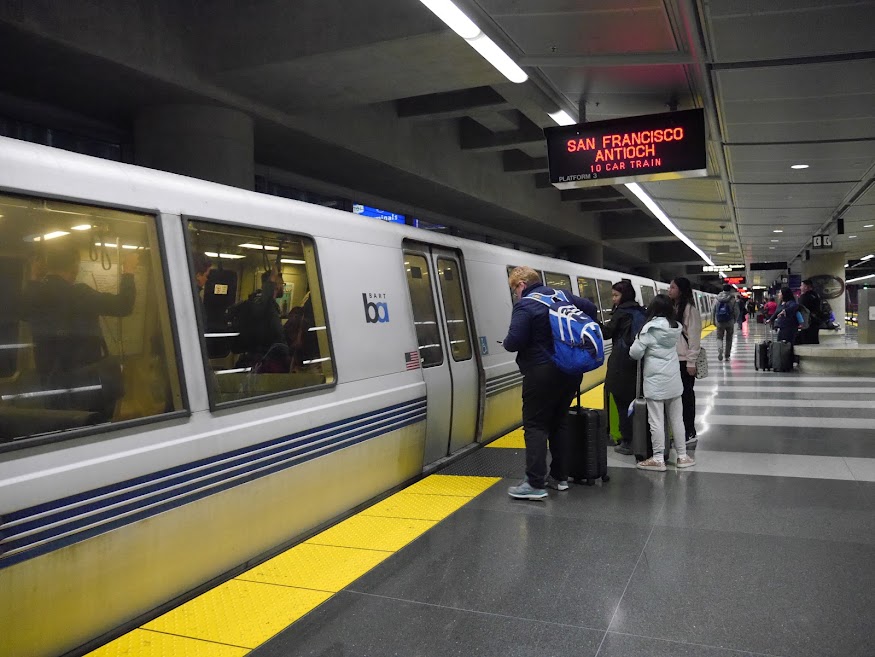 So clean and fresh! 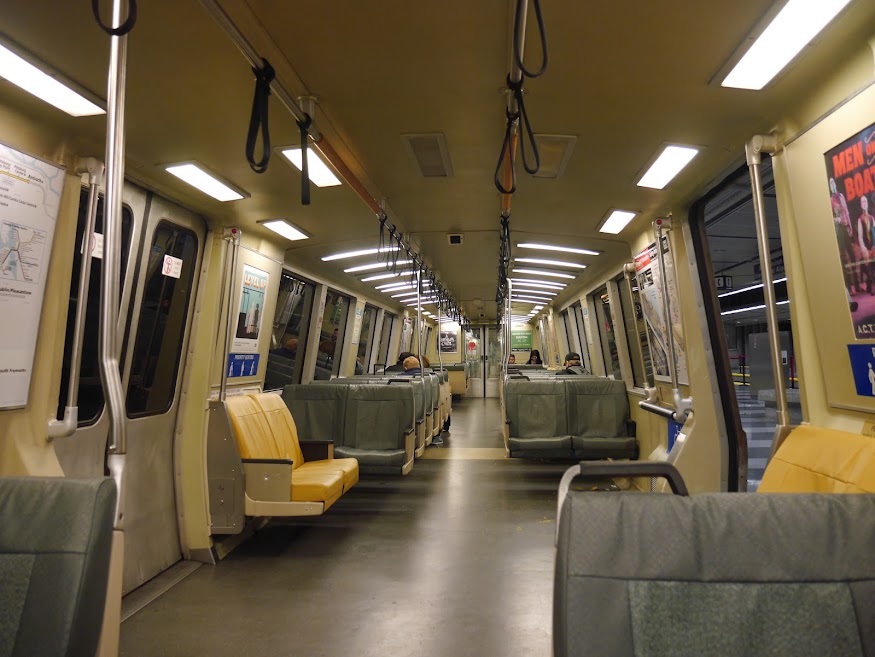 We would be staying at Axiom Hotel, which was just located above the Powell Station. It took about 2 to 3 mins walk to the hotel. 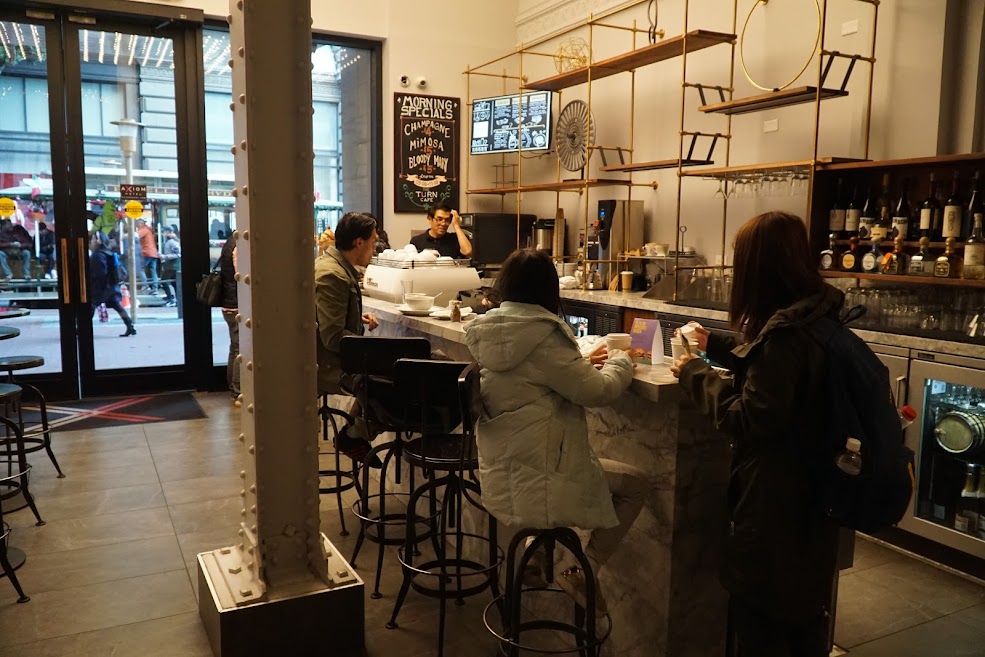 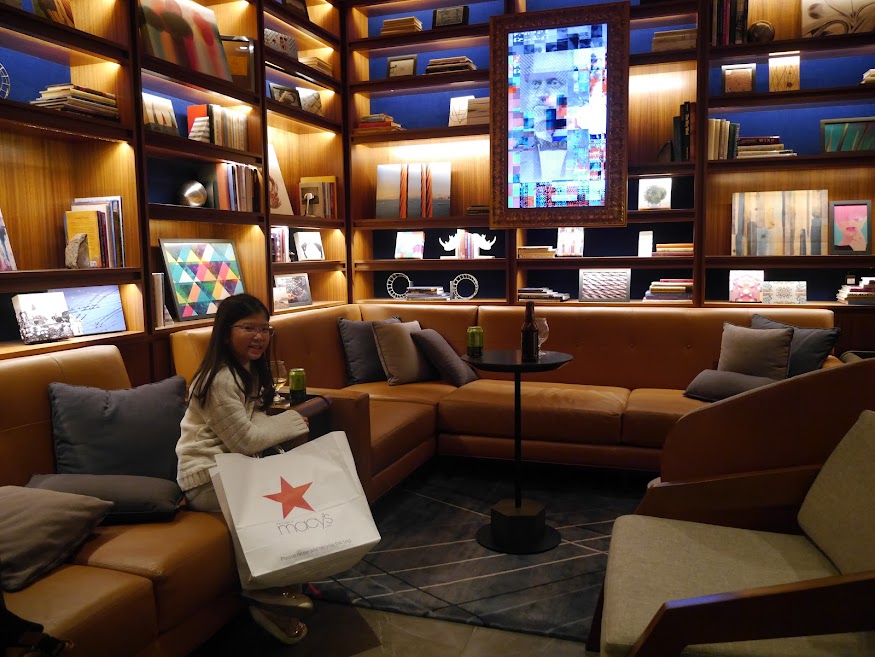 The reason we chose Axiom Hotel was it’s close proximity to the train station. The place was centralised to every tourist activities but we were cautioned that it was near to the Tenderlion neighbourhood where the streets were shady and you wouldn’t want to bump onto people you wouldn’t want to meet. Glad that there was a right soul who walked up and told us not to cross the street, else we would be venturing into the neighbourhood. Yes, the google map did fail us at times. 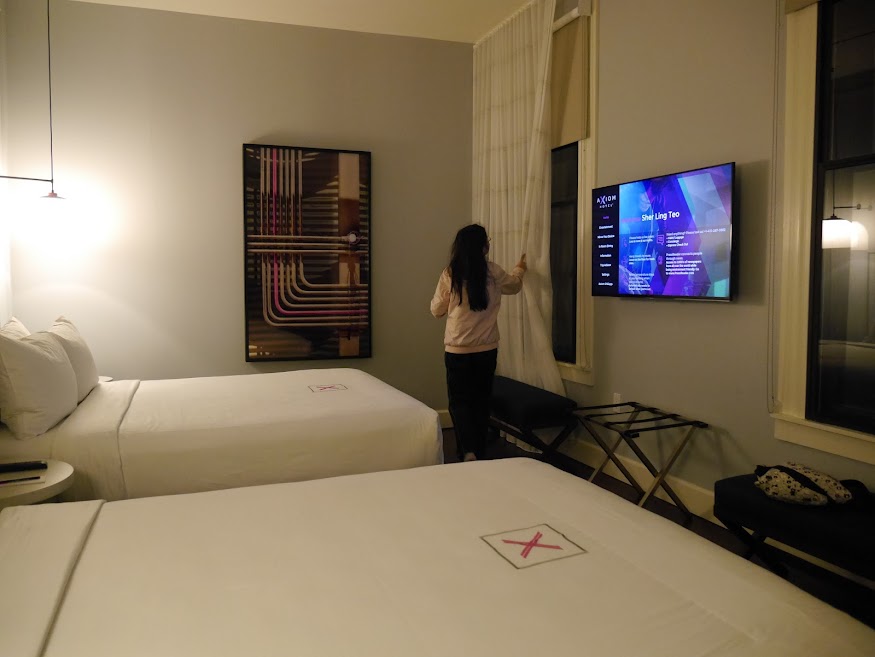 Cute robot to attend to our needs. 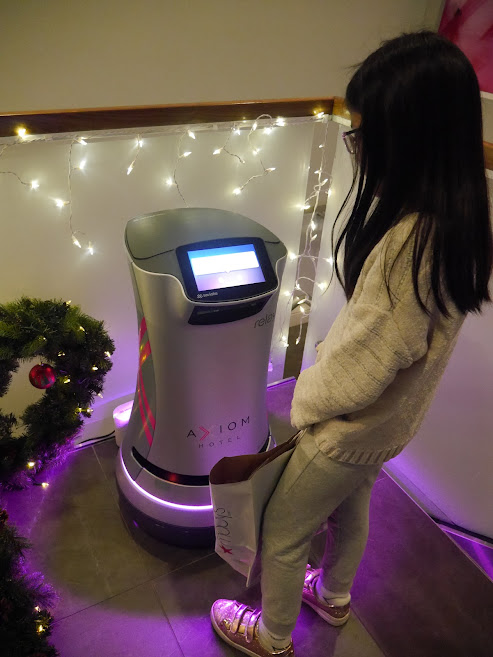 Burger King was beside our hotel.

We were glad that the cable car station was outside our hotel. During peak hour, the queue could linger till late into the night. The ticket cost $7 each.

We are going to the Fisherman’s Wharf. Fisherman’s Wharf, on the northern waterfront, is one of the city’s busiest tourist areas. Souvenir shops and stalls selling crab and clam chowder in sourdough bread bowls appear at every turn.

The streets of San Francisco was just amazing. It would take a lot of energy just to walk up the slopes and they were appearing at every junction we stopped.

Slopes again. How to survive without owning cars here?

No experience is more uniquely San Francisco than a ride on a cable car. A must-try experience here!

It’s convenient to travel here and we don’t really need to drive.

The Ross store is a great place to find cheap stuff. 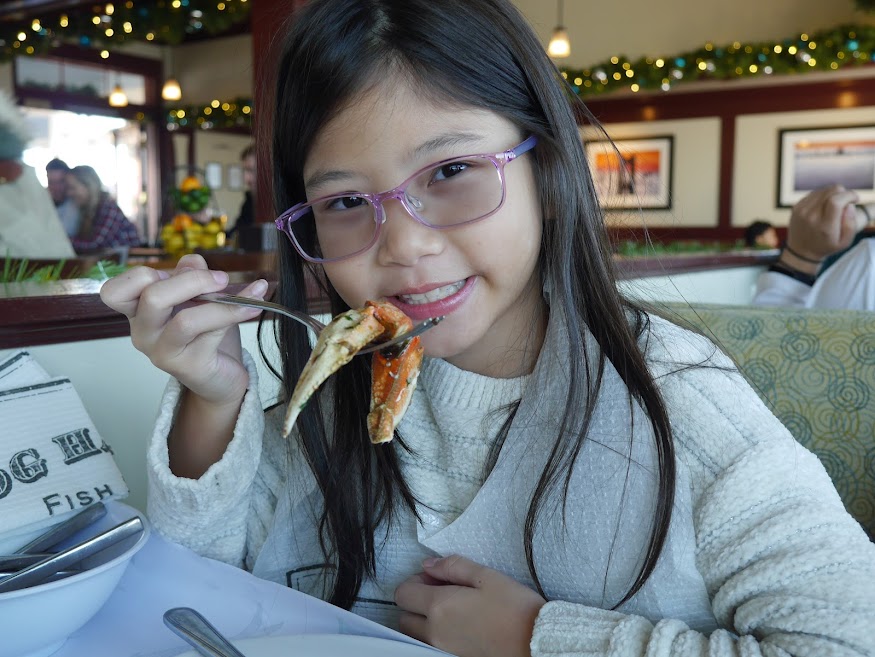 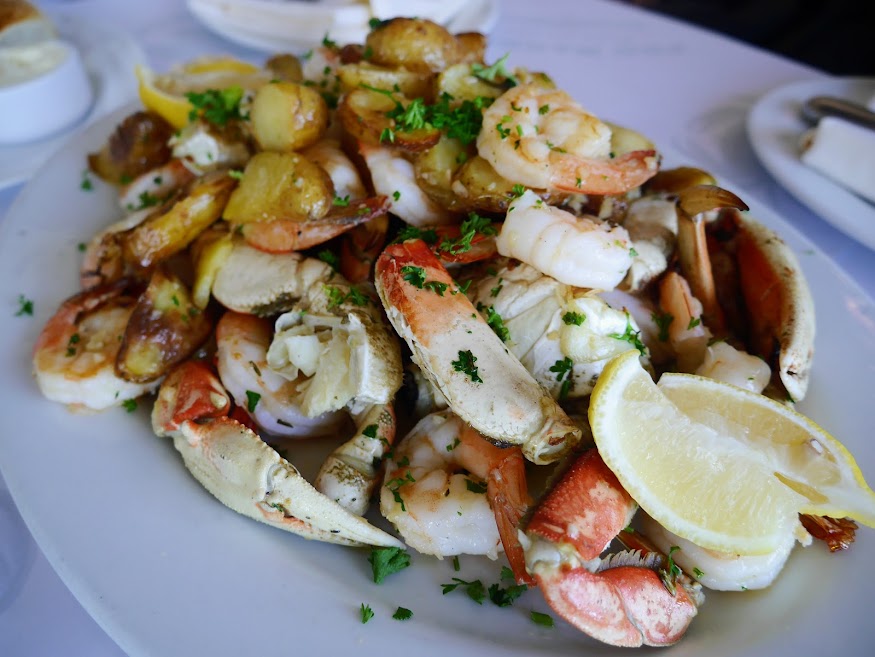 The crab meat and prawns were very juicy. It cost about US$70. 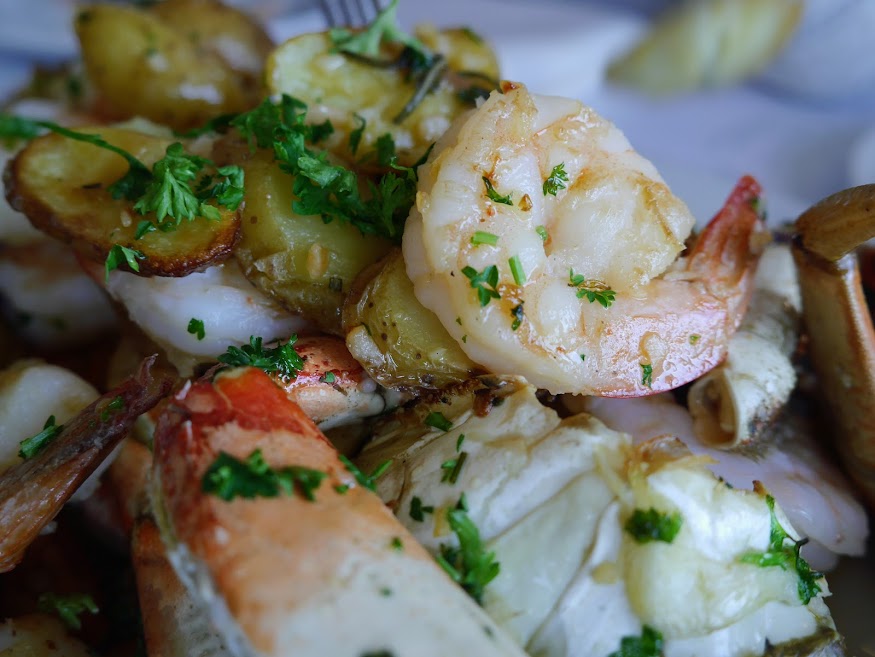 Spent the afternoon exploring the streets. 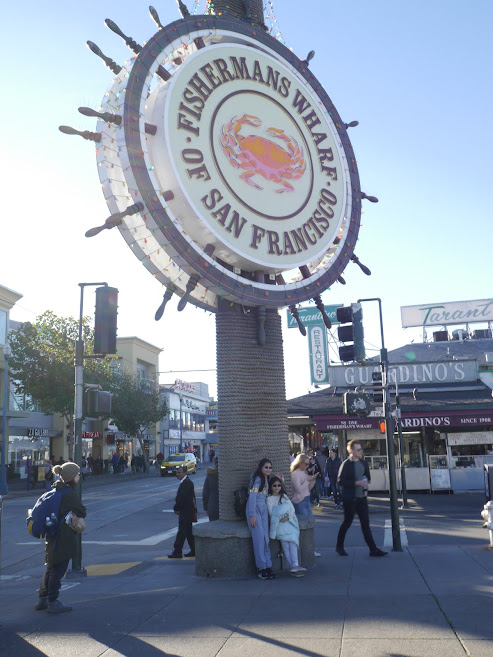 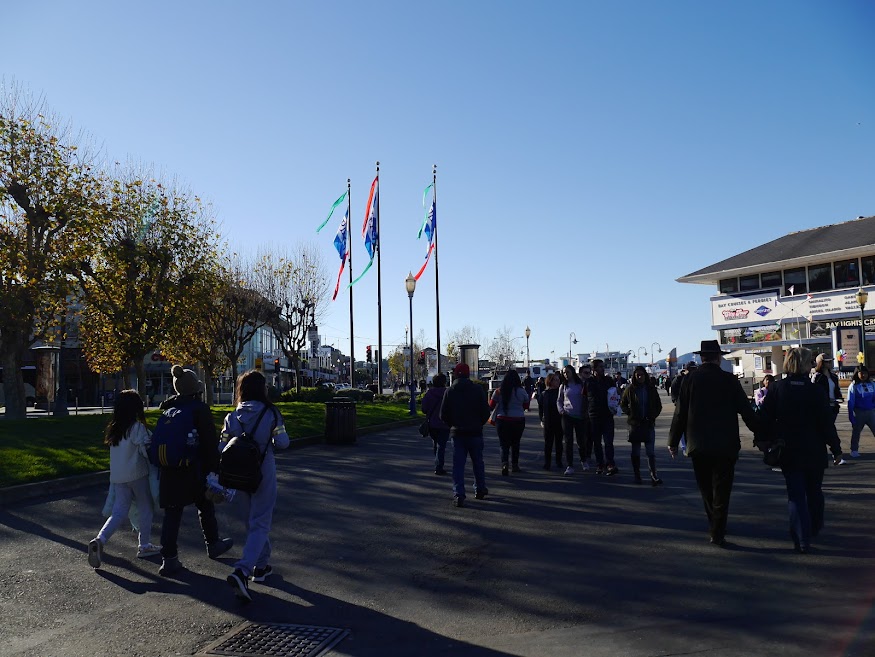 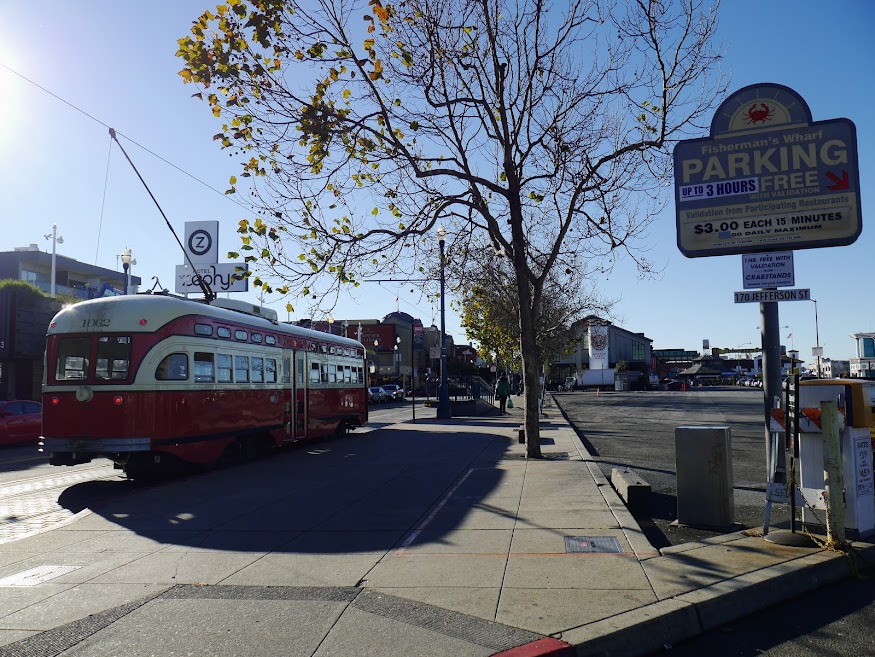 If In-N-Out Burger comes to Singapore, it will beat all the fast food restaurants hands down. 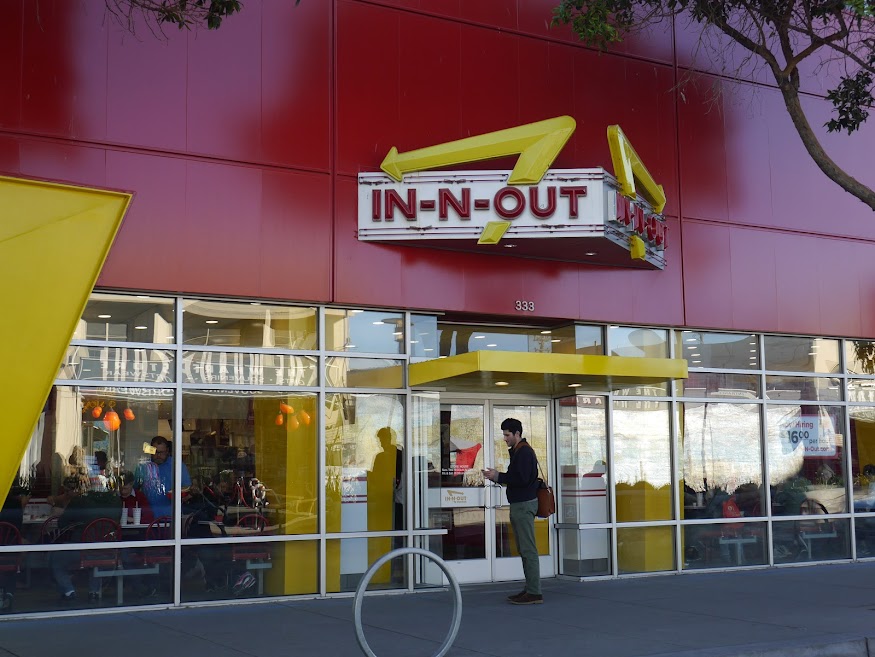 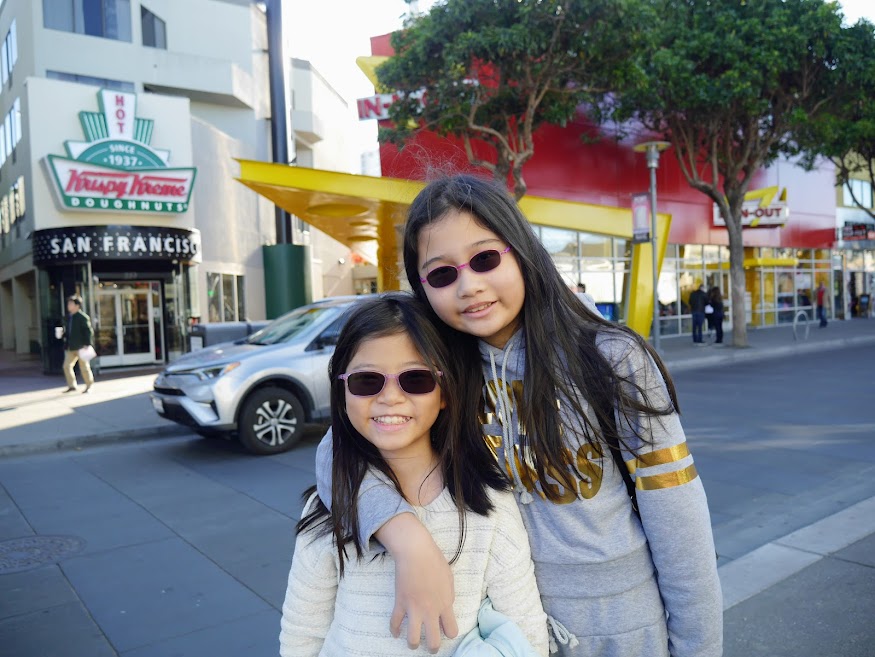 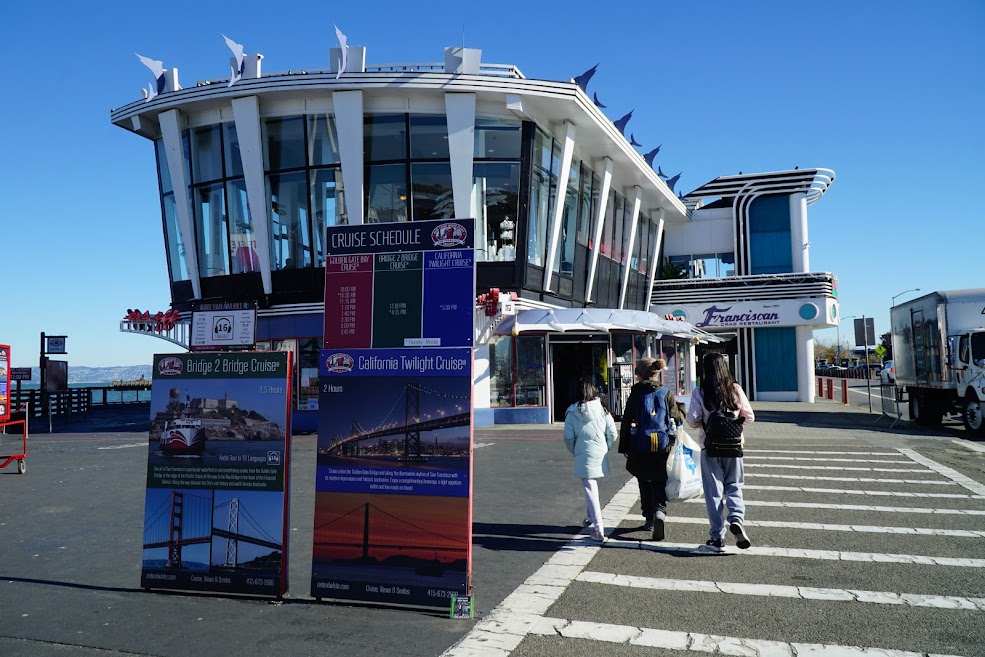 Our favourite pasttime. Buying a loaf of cheap bread when visiting the harbour to feed the birds. 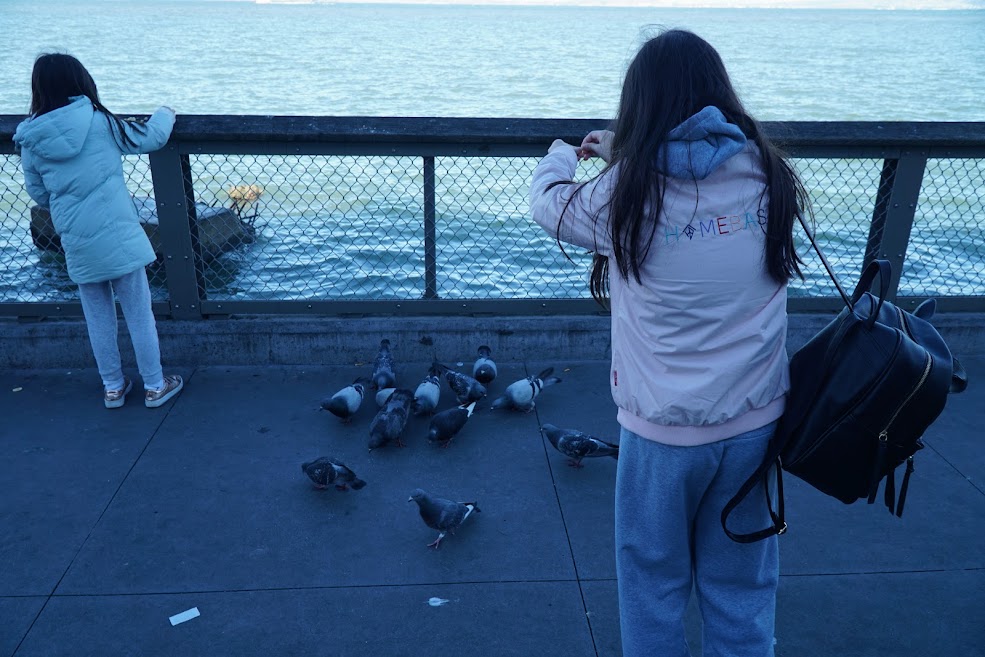 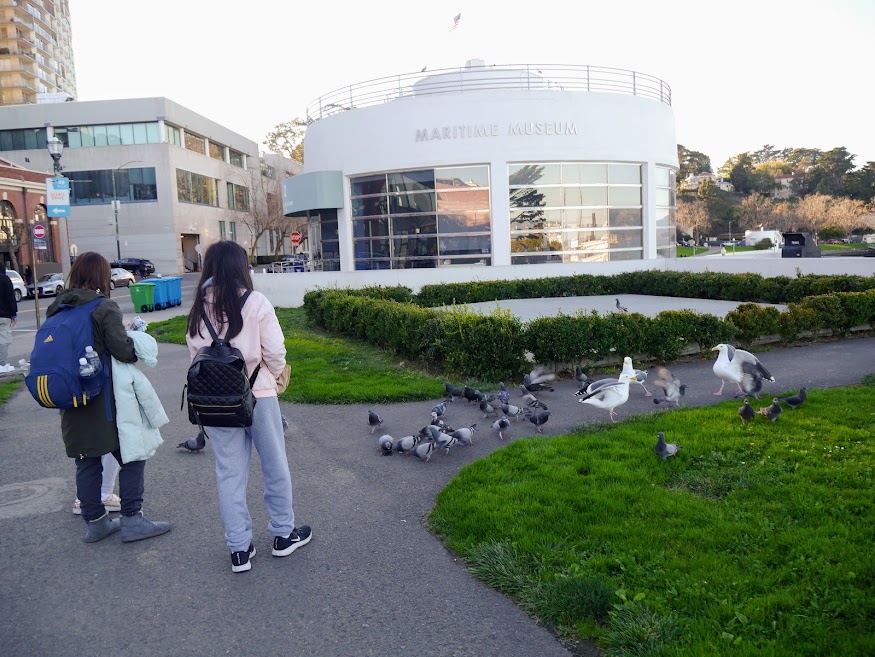